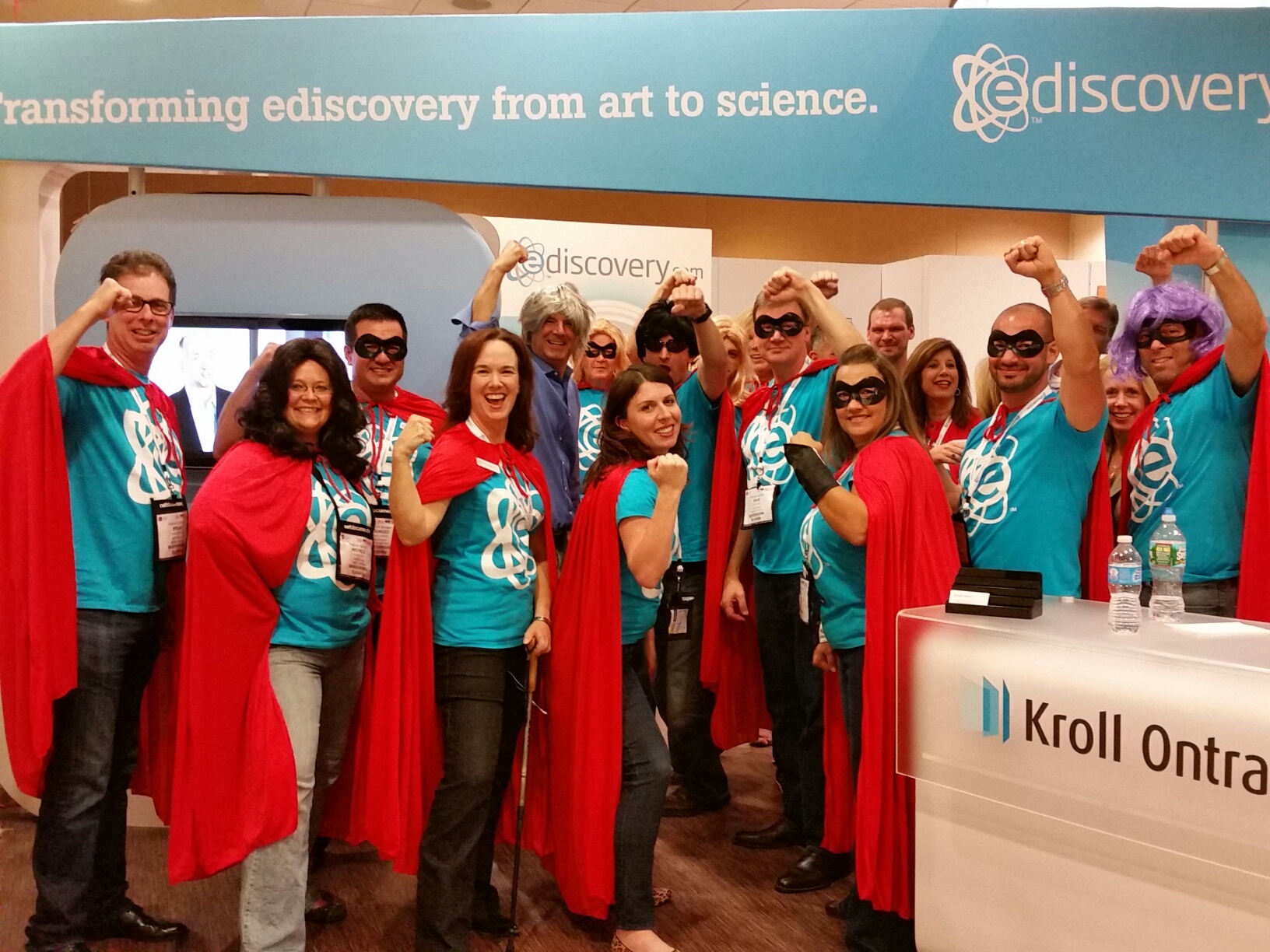 With record setting attendance (including representatives from 15 countries outside the US) and more than 200 educational sessions (including 400 speakers), once again, the annual ILTA conference is abuzz. This show, unlike any other, focuses on education, and this conference, unlike any other, offers a deep dive into the practicalities of law firm technology. Wandering the halls of the massive Gaylord Opryland in Nashville, Tennessee, you will hear the 3,000+ attendees talking about the same themes:

Not in Nashville this week? Perhaps more than any other year, these themes have permeated the social realm. Track all the tweets and vines with these hashtags: #ILTA, #ILTA14, #ILTAConf. In the first 24 hours of the show, there were more than 2,292 tweets from 552 contributors!  Check out the hashtracking for Day 1 of ILTA.

In addition, ILTA members, consultants and exhibitors also know how to have some fun – perhaps more exuberance than any other legal tradeshow of the year. How many other tradeshows have a Comic-con themed party where you can see attendees costumed as Wonder Woman or clad in nothing but Superman underwear? I promise these ILTA photos captured by one veteran attendee don’t disappoint!

Of course Kroll Ontrack partook in these entertaining festivities as well. On Monday night during Comic-con, we all dressed up like ediscovery superheros and our guests were able to win great prizes from our money machine at the Kroll Ontrack booth – all while enjoying our simultaneous cocktail party. Also, throughout the show, Kroll’s hot ticket items – and coolest things around – have been our robot pens. Attendees stop by the booth to check out the latest demos of ediscovery.com products but cannot seem to leave without first collecting a pen – good thing we ordered extra!

If all this ILTA 2014 excitement isn’t enough, attendees could take in the sights and sounds of Nashville. The Grand Ole Opry is steps away from the convention center, and Carrie Underwood, Trace Adkins, and other country music superstars did not disappoint ILTA attendees that wandered over for an evening concert.  All this excitement and the conference is only at its mid-point! With two days left, there are sure to be more highlights to come. Check out theediscoveryblog.com next week for a blog containing a full wrap of all the best parts of the show!