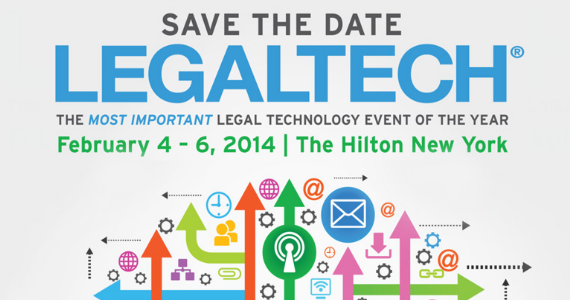 While the snow and ice could have put a serious damper on day two’s events at LTNY 2014, it soon became clear that attendees were willing to brave the elements when the first keynote of the day went ‘standing room only.’ But I suppose that’s exactly what one should expect when Judges  James Francis, Shira Scheindlin, Andrew Peck, and John Facciola get together to talk about everything from the bring your own device (BYOD) phenomenon to predictive coding and Federal Rules amendments. The rest of the day brought a frenzy of educational tracks and exhibits, culminating in several core themes that defined day two at LTNY 2014:

Predictive Coding – While the number of panels dedicated to predictive coding was notably less than in 2013, the subject nonetheless captured the attention of what felt like at least half of the educational presentations. But it wasn’t the same old song and dance from 2012 or 2013. With some sessions spreading scepticism (i.e., The End of Predictive Coding) and a handful digging into the details (i.e., Have We Reached a “John Henry” Moment in Evidentiary Search),   it was clear that the reoccurring themes around predictive coding are evolving away from the theoretical and more toward the practical, as evidenced by some of the most techie individuals taking interest in LTNY.

Information Governance – If they weren’t talking about predictive coding, chances are attendees and exhibitors were talking about information governance (IG).  IG was definitely the topic de jour at LTNY 2014, with some reporting that as many as 14 sessions  dedicated to this emerging topic alone.  As one panellist put it, “It is time for lawyers to become IG experts.” Perhaps not surprisingly, the bevy of experts dwelling on marrying ediscovery and IG best practices coincided with a wave of press releases surrounding IG offerings; it remains to be seen when, and if, this “dealing with big data” fad transitions from conjecture to reality. To give you a flavor of the discussion, here’s just a smattering of the educational sessions that concentrated on IG at LTNY 2014:

Ediscovery for small and medium-sized businesses (SMBs) – A seemingly promising growth sector in the IT-law industry is ediscovery for SMBs. As more and more SMBs and non-Amlaw 200 law firms are exploring comprehensive ediscovery solutions in attempts to reign-in litigation spend. As exemplified by announcements at the show, such as those from HP Autonomy, Recommind and Kroll Ontrack adding Relativity to the ediscovery.com product suite, many providers are determined to bring ediscovery into focus for smaller firms ready to infuse practice with technology.

Pricing – Several product offerings addressed the notion that organizations want to purchase ediscovery solutions in a more predictable manner. New pricing models, like those offered by Catalyst and Kroll Ontrack, seek to offer more digestible, repeatable alternatives outside the confines of per matter or a la carte pricing, and you could see LTNY attendees’ brain-wheels turning, calculating new methods for purchasing ediscovery technology.

Chock-full of educational tracks and exhibits, it was a great but tiring second day at LegalTech. As always, check back at the theediscoveryblog.com for more info as we round off our coverage of LTNY 2014!