“Sometimes it seems as if our Pandora and Netflix accounts know us better than we know ourselves, and can build a better play list…”

In a recent article in Today’s General Counsel, Brett M. Anders of Jackson Lewis and my Kroll Ontrack colleague Rick Anderson, seek to debunk the misconception that human lawyers alone can build a better playlist when it comes to legal document review.

Human Review Is Not the Gold Standard

Practitioners shy away from predictive coding and technology assisted review (TAR) in part because of the myth that human review is superior to that done by a computer. However, this is not the case. Humans can be inaccurate: relevant documents can be missed and accuracy suffers. This position has been verified by studies and is generally accepted by the judiciary. The use of TAR has received much support from the courts in the cases where it has been an issue. However, at this point, no court has gone so far as to mandate the use of TAR. 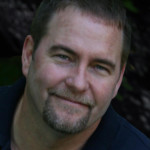 Speaking of proportionality, using TAR can place a party in a better position to make an argument about proportionality when litigation costs become too high. Because TAR prioritizes which documents are most likely to be relevant, a party who makes its way through the documents with the highest relevance has a basis to argue that additional discovery would not be “proportional to the needs of the case.”

As discussed by Anders and Anderson, despite the apprehension to utilize this technology in the legal community, the fact remains that TAR has many advantages.

For more information on TAR, and how to utilize its benefits in litigation, be sure to read the full article, "Building a Better Play List with Technology-Assisted Review."