The Five Biggest Ediscovery Issues to Watch in 2014 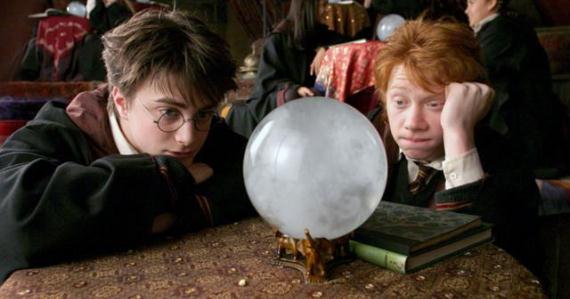 Does an organization really need two separate tools for EDA and review? For over 15 years, organizations have been adopting litigation technologies a la carte (e.g., a review tool) that solve maybe one piece of a much larger ediscovery puzzle. Only now are practitioners finally stepping back to see the forest for the trees: this cycle of one-off adoption has bred a lot of inefficiency.  Every time electronically stored information (ESI) is exported, processed, and ingested into a different tool downstream, time and money is lost. If one tool empowered legal teams to filter, test and review in one place, many of these inefficiencies could be reduced. With an eye toward repeatability and long-term project management, expect industry leaders in 2014 to critically reexamine what is—and, perhaps more importantly, what is not—really necessary to react to ediscovery.

2.       The lack of legal avenues to shift ediscovery costs will become unavoidable

One of the biggest concerns ediscovery experts voiced in 2013 was that there are no well-paved paths for seeking ediscovery costs in court. In 2013, the Fourth and Federal Circuit joined the Race Tires America court in reasoning that 28 U.S.C.  § 1940(4) only applies to ediscovery functions that can be construed as “exemplification” or “making copies”—thereby excluding the bulk of ediscovery costs. At the same time, the rules espoused in Zubulake III and found in Federal Rule 26(b)(2)(B) are conditioned on a finding of some level of data inaccessibility, which, quite frankly, is becoming less of a problem than the gobs and gobs of accessible data increasingly wreaking havoc on producing parties. In 2014, expect more legal professionals to take issue with this rigid cost-shifting framework. Given the emphasis on increased proportionality radiating from the current federal rulemaking efforts, courts will probably become more creative and comfortable using less clear forms of authority and clever ESI protocols to rein in disproportionate discovery.

One issue left in the wake of Da Silva Moore is whether a party may obtain discovery of training decisions made during the machine learning stage of a predictive coding case. The court in In re Biomet tackled this question for the first time in 2013, reasoning that a party’s request for the identification of coding decisions made on training documents was unfounded because parties are not permitted discovery of irrelevant and potentially privileged documents. Touching on the permissible bounds of the work product doctrine as it applies to the most talked about next-gen review tool, this exemplifies the type of intricate search dispute that will likely be opinion worthy in 2014. Because district courts from independent circuits so often look to each other for support in ediscovery opinions, it wouldn’t be surprising to see this hot-button issue revisited multiple times in the new year.

4.       Proposed amendments to the Federal Rules shake up preservation and sanctions standards

There is undeniable inconsistency across the nation with regard to the culpability standards required for different levels of spoliation sanctions. Proposed Federal Rule 37(e)—one of a handful of ediscovery amendments under public commentary—essentially replaces this inconsistency by requiring a showing of substantial prejudice plus willfulness or bad faith to allot serious sanctions. This is a higher standard than those imposed in many circuits and notably forecloses courts from issuing serious sanctions where gross negligence or negligence resulted in the loss of potentially relevant ESI. Despite the fact that the Committee on Rules of Practice and Procedure wants to wrap up this process by early 2015, many question whether any of these amendments will actually change anything, while others wonder whether the threshold for serious sanctions as espoused by Proposed Rule 37(e) has been set too high.

5.       Predictive coding will become a question of when, not if

Predictive coding has been around since 2010. It was first endorsed for use in the ‘right cases’ in Da Silva Moore and was later ordered to be used sua sponte in EOHRB. In 2013, courts went even further by: (1) accepting—over the opposition’s objection—a party’s decision to apply predictive coding after culling the majority of a data set with keyword search (In re Biomet), and (2) opining that disclosure of training documents was not required (In re Biomet). Outside of the judicial arena, the notion of curbing costs with modern technology has spurred amendments to the ABA Model Rules, proposed amendments to many provisions of the Federal Rules, and amendments to several state rules of civil procedure (e.g., Minnesota). If one looks to recent commentary about how to really get to the nub of proportionate discovery, predictive coding is increasingly being offered as a potential answer. While 2014 probably won’t be the year this technology goes mainstream, massive change has probably become inevitable.