Australia Gets in the Predictive Coding Game 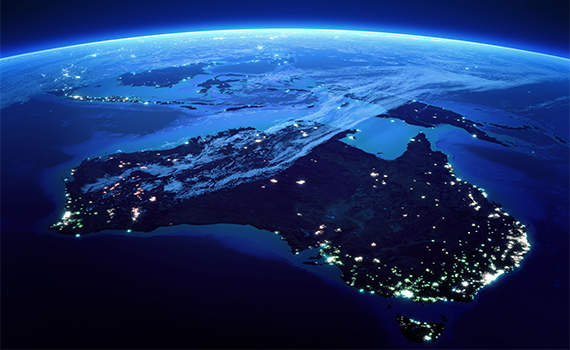 As we have said before, predictive coding (also known as Technology Assisted Review or TAR) is taking the globe by storm. First the United States, then Ireland and England, and now Australia. Ediscovery practitioners take heed: significant predictive coding developments are afoot in Australia.

(Special Note: If you are looking to stay informed on ediscovery around the world, don’t miss this whitepaper, “A Practical Guide to Cross-Border Ediscovery.”)

Predictive Coding: From New York City to the Australian Outback

In this case, the parties faced massive costs to review 1,400,000 documents, and they could not agree on a review method. Justice Vickery appointed a Special Referee to deliver a report to the court addressing the appropriate management of discovery in the proceeding. Relying on previous TAR decisions from the U.S. and Europe, as well as the Special Referee’s recommendation to use TAR, the court approved predictive coding as an effective method of document review when “the cost of traditional discovery processes in a case such as this dictates that [such processes] are not appropriate.”

Notably, the McConnell opinion made it clear that the courts, not the parties, would have the final determination in whether predictive coding will be employed in civil proceedings in Victoria state court. Specifically, Justice Vickery held that “the Court may order discovery by technology assisted review, whether or not it is consented to by the parties” in cases where the volume of ESI is substantial and “the costs of research may not be reasonable and proportionate.”

However, McConnell was not Victorian litigators’ first exposure to TAR in the courtroom. Three months before the McConnell decision, the Supreme Court of Victoria released a Standard Operating Procedure (TEC SOP 5 [TAR]) to provide litigants with interim measures for using TAR in construction and engineering cases. On January 30, 2017, the court replaced TEC SOP 5 with Technology in Civil Litigation Practice Note SC Gen 5, opening up TAR for general use in Victoria’s commercial courts.

Consent or No Consent: That is the Predictive Coding Question

While predictive coding is gaining traction as an effective tool to tackle massive document sets, there is no bright line on whether a party can be required to use TAR. Contrary to the holding in McConnell, U.S. courts have not compelled parties to leverage TAR. In 2016, two key opinions, Hyles v. New York City, 2016 U.S. Dist. LEXIS 100390 (S.D.N.Y. Aug. 1, 2016), and In re Viagra (Sildenafil Citrate) Prods. Liab. Litig., 2016 BL 347130 (N.D. Cal. Oct. 14, 2016), acknowledged the efficiencies associated with predictive coding, but refused to force a party to leverage the cutting-edge technology. That being said, U.S. attorneys need to be prepared that the days of insisting on manual review may one day soon be bygone. As noted by Judge Peck in Hyles, “[t]here may come a time when . . . it might be unreasonable for a party to refuse to use TAR . . . [but][w]e are not there yet.”

What’s Next for the Land Down Under?

Victoria is not the only state in Australia getting in on the ediscovery action. Courts in New South Wales abide by their state Supreme Court’s 2008 Practice Note No. SC Gen & for Use of Technology encouraging parties to consider technology to discover and inspect documents. While this practice note and other similar guidance in the Australian federal court system do not specifically reference TAR, savvy Australian practitioners know that this will likely change in the near future.

Looking to stay up to speed on global ediscovery practices? Don’t miss this whitepaper, “A Practical Guide to Cross-Border Ediscovery.”