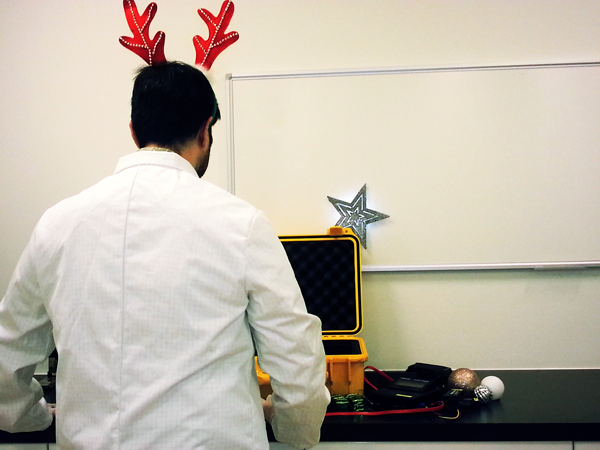 Rumours are Prancering around the world after the SantaWiki website took a dive on Monday just as news broke of a raid by the NLA on Santa's hosting company in his North Pole Datacentre. Fears that the Global Naughty and Nice Register has been stolen and irrevocably Blitzened from the site.

The Naughty List Abolitionists, well known for their vocal opposition of the so-called "list of inequality", seem to be going straight to the source in their battle against juvenile discrimination.

According to The Polar Express, the radicals hacked the Arctic-based datacentre in the early hours of Monday morning and in a shocking twist, seem to be under the instruction of Grinch Inc.!

“Blast these accusations. There is no motivation, shake my fist! I did not, do not, have not had that blasted Naughty List!” – Mr. Grinch, CEO Grinch Inc.

Ever since Elder Elmo, Santa’s most experienced elf, left North Pole Operations in March this year and his subsequent employment by Grinch Inc. there has been widespread speculation that vital corporate secrets, such as Santa’s fabled ‘Chimney Ingress-Egress Manoeuvre’, have been leaked to the green boss himself. The ongoing legal battle to recover all NPIP (North Pole Intellectual Property) from Elmo’s personal computers and Cloud accounts has been a public embarrassment for the Old Saint. Now it seems the disgruntled elf may have given Grinch Inc. and the NLA the info they needed to stage the most daring raid in festive history.

However, the NLA's actions have been widely denounced around the world as a Cupid move.

"These guys Donner know what they are doing, they say they want equality for all the children and then they do something stupid like this! Christmas is ruined for everyone. Do they think Santa is just going to Dasher out for extra presents the week before Christmas! Now all the children will be miserable. Say what you like about the question of morals, this is just not D'ancer." - Martha May Whovier, Concerned Citizen

Santa is historically known for opposing the "Don't ask, don't tell" policies that anti-Christmas militias, such as the NLA, have attempted to enforce. In a press release earlier this afternoon he issued a robust challenge to the NLA.

"The NLA are a bunch of spoiled Vixen's, if they want trouble I say Comet me! And if you set one foot on my property again, I’ll set Rudolph on you!" – Fr. Christmas, Chief Claus, North Pole Operations.

Electronic Evidence experts Kroll Ontrack have already sent out their best computer forensic operatives to the North Pole and will be assisting the authorities in the Computer Security Incident Response investigation.